As A Fatal Lie (2021) opens, it’s three years after the end of World War I and Scotland Yard Inspector Ian Rutledge is again in the proverbial doghouse of his Superintendent, Markham. The antagonism between the two men once again sees Rutledge sent to a remote corner of the United Kingdom to investigate an unidentified body found floating in the River Dee in Wales. Through some good old-fashioned detective work (admittedly the only kind available in 1921) Rutledge is able to identify the man, although what he was doing in Wales and who killed him is still a mystery.

In the course of retracing the man’s footsteps, Rutledge is forced to break the news to his wife, on whom this new load of grief weighs heavily atop the still-fresh loss of her young daughter. Could the two crimes be related? And where does the dead man’s possibly mentally unstable sister come into the picture? The Inspector travels hither and yon where northwest England and northeast Wales meet. All the while, he’s got the voice of long-dead Hamish providing a running commentary in his head, as he has ever since the wretched day during the war when the Scotsman died while serving under Rutledge in the Army. Rutledge knows Hamish isn’t really there, but it doesn’t make the ghostly voice any easier to bear …

This is the 23rd entry in the Ian Rutledge series and it’s a rare series that gets that far along and still produces satisfying mysteries to solve. The mother-son duo writing as Charles Todd manage to come up with unique twists to make each plot unique, even as the characters themselves don’t seem to change overmuch. If you’re a fan of the series, you’ll enjoy this one. If you haven’t yet had the pleasure, start with the first (A Test of Wills) for the full rewarding experience. 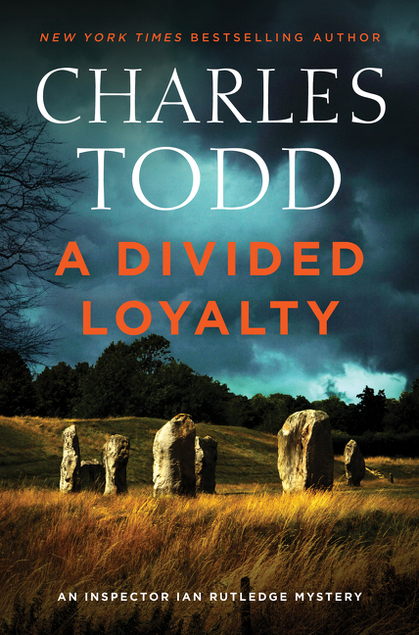